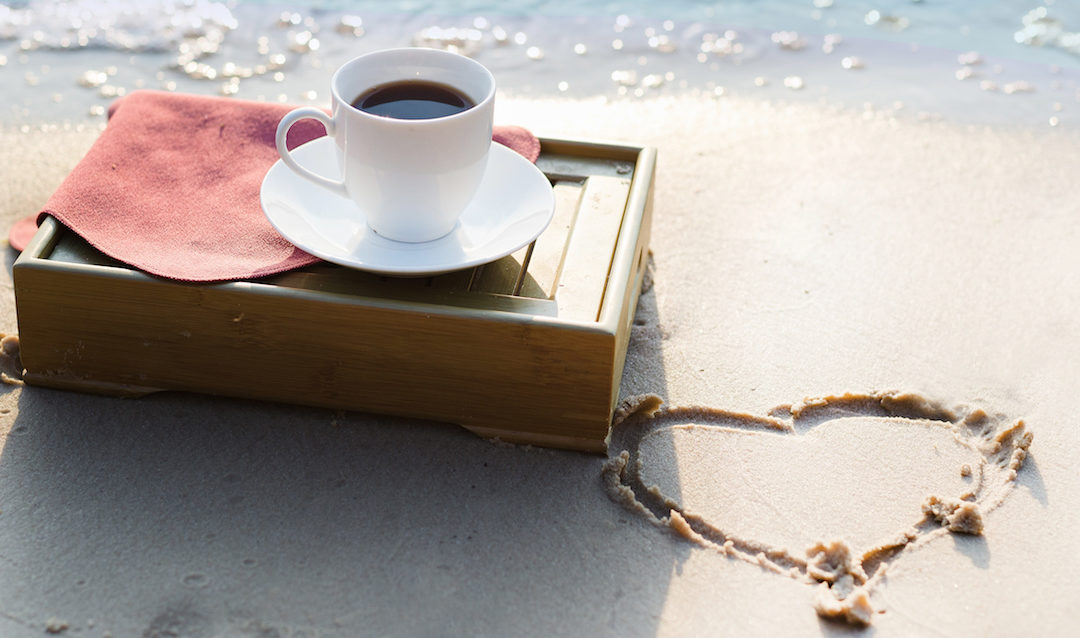 Do you ever feel like you are doing your best to practice mindfulness and acceptance in a world that is full of injustice and as much as you try, sometimes it is just really difficult? Or when you are in the middle of a big project, uncertainty can creep in and you find yourself having to work twice as hard to silence the negative self-talk?

This week was one of those weeks for me.

Between tough discussions with friends as we intently followed the confirmation hearings and being head down preparing for the launch of our learning academy, I found myself having to step away from it all and find the necessary space to just disconnect and re-center.

How many of you have been there?

I remember when we first made the decision to move abroad, one minute I was ecstatic thinking about the possibilities to redefine what life looks like. The next, I was crying over the hand prints that were drawn on the wall, recalling the day we brought the babies home from the hospital after they were born. All the memories and comfort of what we knew and what was familiar.

We stand to grow the most when we challenge ourselves to lean into fear, and part of that lean includes telling negative thoughts exactly where they can go!

I get people reaching out to me quite often who are wanting to explore the possibility of writing a book. And a lot of those ideas never come to fruition once people realize the vulnerability involved with telling their story. The truth and reality of our imperfect lives are too much for some people to embrace. That fear holds them back.

In a ‘highlight reel’ world, it is easy to forget that we all have tough days. We all have different struggles. We all have moments where that little voice creeps in and says, “you aren’t good enough” or “who do you think you are to do something great!” And it is in those exact moments where we need to challenge ourselves to lean in even more.

I was thinking about a client recently who, when we first met, didn’t know if her book would ever see the light of day. She had poured everything onto those pages. When I work with people I often say writing a book is like giving birth, so for her, this was her baby. And when we met, she had been told her baby was ugly (figuratively speaking) nearly a dozen times.

Rejection is hard. You put yourself out there and that vulnerability is met with a ‘no.’ It can be crushing. It can bring up insecurities. It can stop you dead in your tracks.

Or, it can be just the fuel you need to say, “I am going to keep on going. I am going to face that fear. I will not give up.”

When I am working with clients who find themselves navigating through fear, scared of hearing ‘no,’ I always remind them some of the greatest writers were told ‘no’ many times before their ‘baby’ ever saw the light of day.

William Golding’s Lord of the Flies was rejected 20 times. Gone with the Wind, which happens to be my best friend’s favorite, was rejected 38 times before it was published. And, JK Rowling was told ‘no’ 12 times before Harry Potter found a home. And the client mentioned earlier, she went on to become an international bestselling author and spent almost 40 weeks on the New York Times Bestseller list. Proof that yes exists beyond the no, sometimes you just have to keep moving forward to find it.

Imagine if everyone who has ever heard the word no, gave up. Some of the most beautiful works of art, literature, and film would be gathering dust in a box labeled ‘junk’ in an attic or garage somewhere.

Don’t let your dream be reduced to junk simply because one, two, or even three times over you heard the word no.

Putting yourself out there is hard. I understand and can completely relate. But, the minute you let self-doubt take over you inevitably end up holding yourself back.

Whether you are struggling with the early days of parenting, you are facing difficult times in your marriage, work is stressful, or you are working on a creative project that feels overwhelming at times – just remember to breathe and that everything will be okay. I can’t promise when or how, but I know that it will be.

Things always have a way of working out just as they are supposed to.

I look back now, a year and a half past all the emotion of packing up our life and moving – the excitement, the fear, the uncertainty – and while it looks much different than I anticipated on the front end, I can honestly say that it is better than I expected in some regards and more difficult in others. But had I not leaned into that fear, I would have never known what was waiting for me on the other side of my own, “who do you think you are.”

Life can change on a dime. Embrace it – even when the answer is no. You never know when that yes might just surprise you and change your entire life.

Cheers to a new week and seeing beyond the “no’s” in our life!

You have Successfully Subscribed!